What is the Resurrection? 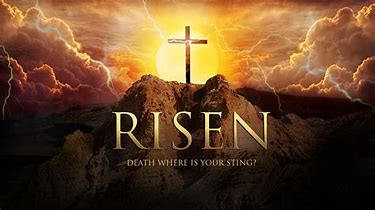 Jesus of Nazareth is the innocent Lamb of God who took away the sin of the world through His Sacrifice on the Cross.  Jesus is God, wrapped in the likeness of human flesh.  Jesus’ virgin birth, and Holy Spirit Father, enabled Him to be born without the Original Sin that has afflicted all of mankind since the fall of man in the Garden of Eden.   Jesus willingly gave His life as the innocent Sacrificial Lamb, taking upon Himself the sin of all humanity, and burying it in the tomb forever.  In the Garden of Eden, God set up the Substitution Principle, the life of the innocent in exchange for the life of the guilty.  All humanity is locked up under sin (guilty) before a Holy God because the Fall caused sin to be embedded in our flesh.  There is no way to cleanse ourselves of the sin, no way to be “good enough”, it’s just a fact of this life on earth.  But God’s plan, all along, was to sacrifice HIMSELF for mankind, so that mankind could be pronounced INNOCENT and LIVE!!!  God, in the form of Jesus, was absolutely the ONLY ONE qualified to do this amazing act of GRACE and LOVE!!!

But, how do we know that Jesus is God in the flesh?  This is simple.  Jesus rose from the dead 3 days and 3 nights after He was placed in the tomb of Joseph of Arimathea (a rich man, part of the Jewish Sanhedrin).  This is a pretty fantastic claim, so we’re going to spend a little time examining the Resurrection.  The Resurrection is THE MOST SIGNIFICANT event that ever happened to HUMANITY!

Death came into the world because of sin.  Sure, there are lots of ways to actually die, but it’s the sin that occurred at the time of the Fall that really brought death into the world.  Because sin is in our flesh, we get sick, we get injured, we die a physical death.  As bad as physical death is (and it IS really bad!), the “real death” is the spiritual death that happens after the physical death, and is really a way to explain a permanent separation from our Creator, God.  Sin causes the spiritual death, and is wayyyy more horrible than a natural, physical death.  Since Jesus had no sin in his flesh, nor had He had ever sinned during His life, the grave couldn’t hold Him, and Jesus rose from the dead.  Jesus is God. No other human being has spontaneously resurrected after being completely dead for 3 days and 3 nights, all by themselves.  Of course, Jesus Himself was able to resurrect Lazarus 4 days after dying (Bible/John 11) but that’s just another “proof” that Jesus is GOD.

The resurrection proved that Jesus’ claims about Himself were true. Jesus claimed to be God, in the flesh, and that’s exactly who He was.  He was fully God, and fully human.  Jesus’ Resurrection sets apart Christianity from all other “religions” of the world.  Both Judaism and Islam recognize the “historical Jesus”, but they deny that Jesus is God, who came in the flesh.  They DENY the RESURRECTION!  The Bible does tell us that the Jews have been “partially blinded” until the fullness of the gentiles (non-Jews) have been “brought in”…(are rescued by the Divine Rescue plan of God).  The Bible describes this as “the mystery of the Church”.  In this instance, the word Church means “called out ones”, NOT a building or any type of “church”, like we think of Church today.  The religions of Islam, Budhism, Hinduism, do not believe that Jesus is God, nor do they worship YHWH, the I AM, the Creator of EVERYTHING.

If Jesus IS God, as we FULLY BELIEVE that HE IS, then all of the other religions do not have the truth.  Truth is an absolute concept, it’s REALITY.  The Idea that “something is true for you”, and maybe “it’s not true for me”, is nothing more than a thinly veiled lie.  The Jews recognize God Almighty, YHWH, the I AM, but have missed their own Messiah.  All other religions don’t recognize the Father YHWH OR the SON (MESIAH/Jesus (God in the Flesh).  However, the Bible states that the Jewish religion will one day recognize that Jesus IS the Prophesied Messiah of the Bible.  As a matter of fact, the Bible tells us that there will come a day when “Every knee will bow and every tongue confess, Jesus is LORD”.

The Good news is that the Bible tells us if we BELIEVE that Jesus rose from the dead, and if we confess with our mouths that Jesus is GOD, then we will ALSO rise from the dead.  This means that the grave will not hold us either!  This is very good news!  When a Believer Dies on earth, he or she wakes up in a new, beautiful, and perfect place…Heaven.  This is the truth, and a very great comfort to all who have lost a loved one, or who have been diagnosed with a terminal disease.  You will RISE again if you BELIEVE in JESUS!  Go to “sleep” on earth, wake up in Heaven.  That’s GOOD NEWS!

Please join us next time as we present some of the Historical evidence of the Resurrection.  We don’t expect you to just “take our word for it”….but to maybe see for yourselves!