The truth about polytheism 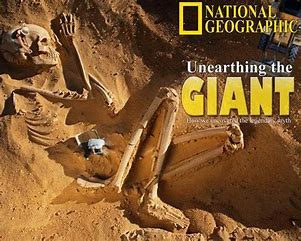 Theism means the belief in God, or a Higher Power.  Polytheistic religions include Hinduism, Mahayana Buddhism, Confucianism, Taoism, Shintoism, tribal religions in the Americas and Africa and modern neopaganism. With the exception of Christianity, Judaism and Islam, most world religions are characterized by polytheism.

I’m not going to get into the details about each polytheistic religion because that would be way too time-consuming, and that isn’t the purpose of discussing them.  In our previous post, we discussed Christianity, in which we worship a single God, the Creator of everything seen and unseen, who exists in three forms.  This is NOT the same thing as worshipping multiple gods.

There has been widespread worship of multiple “divine beings” in many worldwide cultures for millennia.  Schools are more than happy to teach their students about polytheism, so this may not be an entirely new concept to you.   Many of these religions involve ritualistic worship of “divine beings” or other rituals to “ward off” what they call “malevolent spirits”.

We have told you who the REAL Creator God is, it’s YHWH, the I AM, who exists in 3 forms as Father, Son, and Holy Spirit. The Biblical Name of the Triune God is Elohim.  So, if YHWH our Elohim created everything that exists, how did the worship of multiple gods begin?  There really is a fairly simple and straightforward explanation to this.  Do you remember when we told you that mankind has an enemy, the serpent in the garden?  Well, the enemy is the “creator” of all of the false religions that exist.  Think of it this way.  If you were the enemy, and your goal was to get people to NOT believe in the TRUE Creator God, you could go about it a couple of different ways.  First, you could convince people that the Creator does not exist.  Of course, the devil definitely uses this tactic, as evidenced by the millions of people who identify as atheist.  The other way you could go about this is to create so many religions, that it becomes difficult to determine which one is the true one.   The devil has gotten really good at this tactic.  We call this “Babylon”, and it’s not only a literal ancient kingdom in the Bible, it describes the state of confusion in which the enemy has placed the entire world.

In order to explain the origin of the false religions of the world, we’re going to now introduce a Biblical concept that is not well-known, and is virtually never discussed in today’s Churches because it is somewhat “supernatural”. The origins of these false religions can be found in Genesis, Chapter 6.

Genesis is the first book of the Bible, and it details the Creation, Adam and Eve and the Garden, and then what happened to mankind after we were kicked from the Garden of Eden.  Remember, after Adam and Eve’s expulsion from the Garden, the serpent remained on the earth continuing to wreak havoc with mankind.  The serpent was originally created as a beautiful angel of God.  When he fell into sin, he took 1/3 of the Angelic realm with him.  These beings walked the earth WITH mankind during the very early days.  Below is a verse from Genesis 6 detailing these beings, and what they did to mankind. (Most Biblical scholars agree that the phrase “Sons of God” in Genesis 6, and also in the book of Job, is referring to fallen Angels.  This is not the same as “sons (children) of God” in Matthew 5.  Jude 1 shows us the fate of these fallen ones, for the sins that they committed in Genesis 6.)

Genesis 6: Now it came about, when men began to multiply on the face of the land, and daughters were born to them, 2 that the sons of God saw that the daughters of men were beautiful; and they took wives for themselves, whomever they chose. 3 Then the Lord said, “My Spirit shall not strive with man forever, because he also is flesh; nevertheless his days shall be one hundred and twenty years.” 4 The Nephilim were on the earth in those days, and also afterward, when the sons of God came in to the daughters of men, and they bore children to them. Those were the mighty men who were of old, men of renown.

The sons of God, in Genesis 6, were fallen angels.  They took on human form, without the permission of God, and they had intercourse with the “daughters of men” (aka human beings), and they produced a hybrid breed known as the Nephilim.  Notice how these are described.  The Nephilim were “mighty men who were of old, men of renown.”.

These Hybrid beings were giants, and they were very, very evil.

Genesis 6: 5: Then the Lord saw that the wickedness of man was great on the earth, and that every intent of the thoughts of his heart was only evil continually.

Therefore, God sent a Global Flood to wipe them off the face of the earth (days of Noah), because they were so evil.  But, God kept a remnant of humanity safe (Noah’s Ark). We’ll discuss this in more detail in another post.  However, there are verses in the Bible that show that the Flood did not entirely wipe these giants from the face of the earth because they show up after the flood. (David and Goliath).  King David, of Israel, who lived thousands of years after the flood, slew the evil Goliath, a Giant, a Nephilim.  The Old Testament details many, many run-ins between the Israelites and the Giants. This is a fascinating topic, and one we will discuss in another post.  The Giants, the human/angel hybrids were visible and interacted with mankind after the flood (Gen.6:4); however, the fallen angels were now no longer visible after the flood (THANK GOD!!!).  After the flood, God established a veil to separate the Spiritual world from the physical world, (Many fallen angels were locked up in chains because of their horrible evil (Jude 6)). These fallen angels were too evil to continue to have access to mankind.

Jude 6 (New Testament)...6 And angels who did not keep their own domain, but abandoned their proper abode, He has kept in eternal bonds under darkness for the judgment of the great day,

The giants (hybrid offspring of fallen angels) that were still around, interacting with mankind after the flood, were extraordinarily large (8 ft – 14 ft tall), they were stronger than an ordinary humans, they “knew” Heavenly concepts taught to them by their fallen angel parents, so they were worshipped as gods.  But, make no mistake, they are NOT the Creator of Heaven and Earth!  Only YHWH (also known as Elohim when describing the Triune God) is the I AM, the Creator of everything seen and unseen!  These false ‘gods’ (giants/nephilim) wreaked havoc on mankind, often setting up sinful worship practices  and even demanding their “worshippers” sacrifice their own children to them!   Sadly, the deceived nations of the world worshipped them as gods.   This was an ABOMINATION to the true God, Elohim (YHWH).  This is the true origin of polytheism.

So now you know “The rest of the story”. There are some “extra-biblical books” that discuss these beings in more detail.  These extra-biblical books, such as the Books of Enoch and the book of Jasher, are referenced in the Bible, and were found with the Dead Sea Scrolls (along with the Bible) so they do hold “some weight”. Though not as reliable as actual Scripture, they provide a more detailed view of what went on in those very early days.  The Bible also talks about the Nephilim (Anak, giants) who were CONSTANTLY causing trouble for Israel.

For further information, archaeological digs have found “giant” skulls, graves, and other proof of the existence of the Nephilim.  Because many archaeologists do not know or understand these Biblical passages, they sometimes incorrectly surmise that these skeletons are from “aliens”.   Sometimes the results were hidden, in other circumstances, they tried to “explain it away” with the lies of evolution, but the TRUTH is, these giant skeletons were Nephilim, and many of them were (and still are) worshipped as ‘gods’ (polytheism).