Jesus is the Anointed One 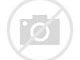 The Bible speaks often of oil (olive), using it as a metaphor for the Holy Spirit.  Uses of oil were not only for food, but more importantly, for lighting lamps, for consecration of priests, a lotion and ointment for hair and skin, and for healing.  The Bible mentions oil over 200 times, and is generally used as a metaphor for the holy Spirit, particularly for anointing kings, priests, and prophets.   For example, in 1st Samuel 16 (Old Testament) when the prophet Samuel anoints David with oil to be the new king of Israel, the next statement is that “the Spirit of the Lord came mightily upon David from that day forward” (1 Sam 16:13 nasb).  You can see the connection between the metaphor of anointing oil (Olive oil), and the Holy Spirit.

What does it mean to “be anointed”?

In the Old Testament, when an individual was being anointed, oil (olive) was literally being poured onto their heads.  When a person was anointed, the idea is that individual was being placed into a position of authority, and ultimately set apart for a specific purpose.  It was common to anoint Kings, Priests, and prophets.

In the New Testament, anointing oil was used in conjunction with prayer and healing of a sick person.

Messiah Jesus serves all three roles, Prophet, Priest, and King and is empowered by the Spirit to declare, reconcile, and accomplish God’s salvation (rescue) for mankind.   The word “Christ” or “Messiah” literally means “anointed one”, and plays on the metaphor for the Holy Spirit.  Olive Oil is a Biblical metaphor for the Holy Spirit, and symbolizes healing and joy, all of which were obtained FOR MANKIND through the Sacrifice of the Anointed One, Jesus the Messiah.  Oil, in its highest symbolism, represents the outpouring of the Holy Spirit.

How do we get olive Oil?  By crushing olives through the use of an Olive Press and extracting their oil.  Jesus was arrested on the night of the Passover, in a place known as Gethsemane.  It was a Garden filled with Olive Trees, it was literally an Olive Grove.

According to Luke 22:43-44, Jesus’ anguish at the Garden of Gethsemane was so deep that “his sweat was as it were great drops of blood falling to the ground“.  This was because Jesus understood the CRUSHING that He would soon have to go through.   In a sense, Jesus’ “Crushing” began in the Garden of Gethsemane, where He was illegally arrested by Roman guards, acting at the request of the Jewish elite (Sanhedrin), for claiming to be the Prophesied Messiah (Jesus really was prophesied Messiah).
The name Gethsemane literally means Olive Press.  So, if the crushing of olives in the olive press releases oil, then the crushing of Messiah (the anointed One) beginning in Gethsemane (Olive Press), releases healing, joy, and the outpouring of the Holy Spirit.
Jesus’ Arrest in the Garden of Gethsemane (Olive Press), began His Crushing whereby His blood would flow to cleanse the sin from all of mankind (substitution principle), and, His Spirit would flow out of Him, as Olive Oil comes from crushed Olives, to bring healing, peace, and joy to all who would receive Him in their hearts.

Isaiah 53:5: But He was pierced through for our transgressions, He was crushed for our iniquities; The chastening for our well-being fell upon Him, And by His scourging we are healed.
Luke 4:18: “The Spirit of the Lord is upon Me, because He has anointed Me to preach the Gospel to the Poor, He has sent me to proclaim release to the Captives, and Recovery of Sight to the blind and to set free those who are oppressed”. (Luke 4:18 was a fulfillment of the prophecy of Isaiah 51:1)
Joel 2 (Old Testament)….Acts 2 (New Testament)
And it shall be in the last days,’ God says,
‘That I will pour forth of My Spirit on all mankind;
And your sons and your daughters shall prophesy,
And your young men shall see visions,
And your old men shall dream dreams;
18 Even on My bondslaves, both men and women,
I will in those days pour forth of My Spirit
And they shall prophesy.

We look forward to discussing the next important Feast in God’s Rescue plan for mankind, the Feast of Pentecost, when mankind first RECEIVED the outpouring of the Holy Spirit spoken of in Joel 2 and Acts 2.  The crushing of Messiah Jesus (anointed One), that began in the garden of Gethsemane (Olive Press) was the very thing that enabled all mankind to have the ability to receive the Outpouring of the Holy Spirit prophesied in Joel 2, and fulfilled in Acts 2 (Pentecost).
Cahn, Jonathan. The Book of Mysteries. Lake Mary, Florida. Frontline. 2016.