Jesus, the fulfillment of Prophecy 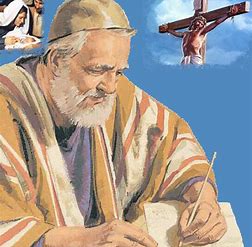 Isaiah is the most complete scroll found in the Dead Sea Scrolls. This ancient scroll nearly exactly matches the book of Isaiah that is found in our current Bibles.   Isaiah was an Old Testament prophet who wrote about the “coming Messiah” (aka Savior) somewhere between 701 and 681BC.  The Old Testament prophets were people who had a close relationship with God, our Creator, the God of Israel, and who delivered messages from Him. The messages they delivered generally included a request for repentance along with the accurate foretelling of future events.  Isaiah wrote his scroll CENTURIES before Jesus walked the earth. Keep this in mind as you read Isaiah 53 below, and see if you don’t recognize Jesus, remembering what we’ve written in previous posts.  In our next post, we will talk about the Resurrection, how Jesus was literally placed in a rich man’s tomb (as detailed below in verse 9), and how 3 days later, Jesus ROSE from the dead!

He was looked down on and passed over,

a man who suffered, who knew pain firsthand.
One look at him and people turned away.
We looked down on him, thought he was scum.

But the fact is, it was our pains he carried—
our disfigurements, all the things wrong with us.
We thought he brought it on himself,
that God was punishing him for his own failures.

But it was our sins that did that to him,
that ripped and tore and crushed him—our sins!
He took the punishment, and that made us whole.
Through his bruises we get healed.

We’re all like sheep who’ve wandered off and gotten lost.
We’ve all done our own thing, gone our own way.
And God has piled all our sins, everything we’ve done wrong,
on him, on him.

but he didn’t say a word.
Like a lamb taken to be slaughtered
and like a sheep being sheared,
he took it all in silence.

Justice miscarried, and he was led off—
and did anyone really know what was happening?
He died without a thought for his own welfare,
beaten bloody for the sins of my people.

They buried him with the wicked,
threw him in a grave with a rich man,
Even though he’d never hurt a soul
or said one word that wasn’t true.

10 Still, it’s what God had in mind all along,
to crush him with pain.
The plan was that he give himself as an offering for sin
so that he’d see life come from it—life, life, and more life.
And God’s plan will deeply prosper through him.

11-12 Out of that terrible travail of soul,
he’ll see that it’s worth it and be glad he did it.
Through what he experienced, my righteous one, my servant,
will make many “righteous ones,”
as he himself carries the burden of their sins.
Therefore I’ll reward him extravagantly—
the best of everything, the highest honors—

Because he looked death in the face and didn’t flinch,
because he embraced the company of the lowest.
He took on his own shoulders the sin of the many,
he took up the cause of all the black sheep.