Thankful for the Cross of Christ 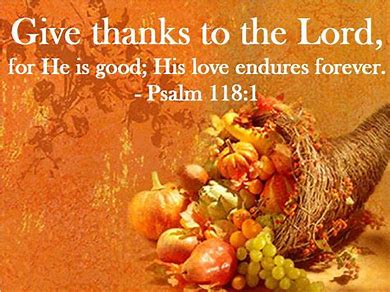 Blessings and Grace (God’s riches at Christ’s expense) to all of you!  Today is Thanksgiving in America, and I just wanted to write a short post about how thankful I really am for Jesus.  This morning, I was reflecting on my life, and on what God has given me, and felt very thankful for the Cross of Christ.  This blog was created to bring truth to whomever would read in a world that is filled with deceit and lies.  Literally every worldly institution, regardless of how legitimate they seem (education, media, entertainment, sports, religion, medicine) has been infiltrated by the “god of this world”, satan, who has been using these avenues to “brain wash” the people of this world.  But God LOVES the people, which is why He gave us His Word, His Laws, His Son Jesus, who is THE TRUTH.

Just consider this.  For literally THOUSANDS of years, the Jewish people have been LOOKING for a prophesied Savior (Messiah).  Jesus did NOT appear out of thin air to a Christian Church. This is not the truth.  Let’s look at some of the prophecies of Jesus, and consider how the Jewish people LONGED for their Messiah to come and rescue them.  Now, here we are on the “other side of the Cross”, and are we excited about this?  Or, do we fail to recognize the blessing that has been given to us?

Let’s set the stage…..Eight days after Jesus’ Birth (not Dec. 25th), He was circumcised according to the Law of Moses, and named Jesus (Yeshua in Hebrew), a name given to his mother Mary by the Archangel Gabriel.  Yeshua, in Hebrew, literally means “YHWH’s SALVATION”.  Salvation is another way to say “God Saves.” In our modern culture a title defines the position, or character, of an individual while a name is nothing but an identifier with no meaning. In Hebrew all names are words with meaning and represent the character of the individual.

Luke 2: 21 And when eight days had passed, before His circumcision, His name was then called Jesus (Yeshua), the name given by the angel before He was conceived in the womb.

Luke 2: 22 And when the days for their purification according to the law of Moses were completed (Lev. 12:1-6), they brought Him up to Jerusalem to present Him to the Lord 23 (as it is written in the Law of the Lord, “Every firstborn male that opens the womb shall be called holy to the Lord”), 24 and to offer a sacrifice according to what was said in the Law of the Lord, “A pair of turtledoves or two young pigeons.”

Luke 2: 25 And there was a man in Jerusalem whose name was Simeon; and this man was righteous and devout, looking for the consolation of Israel; and the Holy Spirit was upon him. 26 And it had been revealed to him by the Holy Spirit that he would not see death before he had seen the Lord’s Christ. 27 And he came in the Spirit into the temple; and when the parents brought in the child Jesus, to carry out for Him the custom of the Law, 28 then he took Him into his arms, and blessed God, and said,

Luke 29 “Now Lord, You are releasing Your bond-servant to depart in peace,  According to Your word;

30 For my eyes have seen Your salvation,
31 Which You have prepared in the presence of all peoples,
32 A Light of revelation to the Gentiles,
And the glory of Your people Israel.”

Here was this man Simeon, a devout Jew who was very old.   The Jewish people KNEW that God had promised a Savior!  God had revealed this to them through the prophets, through the Holy Spirit, the Ruach Hakodesh.  Simeon, who had waited all of his life, finally was able to see Jesus (Yeshua) come into the Temple as a baby, and Simeon was OVERJOYED!!!  Jesus WAS THE promised MESSIAH!!!  After seeing the Savior of mankind, Simeon was ready to “depart in peace”, overflowing with joy!

Now, here we are on the “other side of the Cross”…are we overjoyed?    Even Simeon likely did not understand what Jesus would REALLY do for mankind.  Simeon, as well as other Jews, were looking for a MESSIAH.   They were looking for someone to free them from Roman Occupation and Oppression.  At the time of Jesus, the Jewish people were living in the land of Jerusalem; however, the POWERFUL Roman Empire had taken them captive and were occupying Jerusalem with force.  The Jewish people NEEDED a Savior, but Jesus was not what they expected. They were expecting a KING, a WARRIOR, a MIGHTY MAN to defeat the Romans and free them from oppression.  Even though there were many, many prophecies that DIRECTLY pointed to Jesus as the Messiah, they still did NOT expect a tiny baby, born in humility to a humble family, growing up in Galilee (not the “greatest neighborhood) in Israel, and dying a sinner’s death on a Cross.  Pretty much nobody expected that, which is why they did NOT recognize their MESSIAH...But Simeon DID recognize Jesus!  Simeon was different.  Simeon was AWAKE (spiritually), in touch with God, and BELIEVED that Jesus, this tiny baby, WAS the Jewish Messiah.

Now, here we are 2000 years later.  The Jewish people and leadership rejected their Messiah, BUT that was the plan all along so that Messiah could be SHARED with all of mankind!  Jesus has a plan for the Jews, which we will discuss in a later blog. He hasn’t abandoned them, even though they rejected Him.  As Jesus rescued us Gentiles (non-Jews), He will also rescue HIS chosen people, the JEWS.

Here’s a few scriptures from the Old Testament (Jewish Tanakh which include the Torah, the Writings, and the Prophets), that literally prophesy the Jewish Messiah JESUS…This is why the Jewish people were LONGING for their MESSIAH, but even with all of these prophecies that DIRECTLY point to Yeshua (Jesus), most of them still failed to recognize Him.

Jesus would CRUSH the serpents head, but the serpent would bruise His heel. Jesus’ hands and feet were NAILED into the cross.

Genesis 3:15  And I will put enmity between thee and the woman, and between thy seed and her seed; it shall crush thy head, and thou shalt bruise his heel.

The Prophesied Messiah (promised seed) would come from Judah (Jews/Tribe of Judah). Sceptor speaks of a KING.

Genesis 49:10  The scepter shall not depart from Judah, nor a lawgiver from between his feet, until Shiloh come; and unto him shall the gathering of the people be.

Messiah would be God Himself, and would be born as a baby, the SON of Almighty God.

Isaiah 9:6   For a child will be born to us, a son will be given to us; And the government will rest on His shoulders; And His name will be called Wonderful Counselor, Mighty God, Eternal Father, Prince of Peace.

Micah 5:2  But thou, BethlehemEphratah, though thou be little among the thousands of Judah, yet out of thee shall he come forthunto me that is to be ruler in Israel; whose goings forth have been from of old, from everlasting.

The Messiah would be born of a VIRGIN, a miraculous, virgin birth.  Immanuel means “God with us”.

Isaiah 7:14  Therefore the Lord himself shall give you a sign; Behold, a virgin shall conceive, and bear a son, and shall call his name Immanuel.

Matthew 1: 18 Now the birth of Jesus Christ was as follows: when His mother Mary had been betrothed to Joseph, before they came together she was found to be with child by the Holy Spirit.

Moses prophesied the coming of the Messiah, the Christ in the Old Testament, the Torah…

Deuteronomy 15 “The Lord your God will raise up for you a prophet like me from among you, from your countrymen, you shall listen to him.

Deut. 15: 18I will raise up a prophet from among their countrymen like you, and I will put My words in his mouth, and he shall speak to them all that I command him. 19 It shall come about that whoever will not listen to My words which he shall speak in My name, I Myself will require it of him.

Messiah would Appear and be Cut Off (killed) Before the Destruction of Jerusalem in 70 AD.  Jesus was crucified about 40 years before the Temple was destroyed and Jerusalem ransacked by the Romans.

Daniel 9:26  And after threescore and two weeks shall Messiah be cut off, but not for himself: and the people of the prince that shall come shall destroy the city and the sanctuary;

Messiah would be rejected…Jesus was rejected by His own people, and even today is rejected by the unbelieving world.

Isaiah 53:3  He is despised and rejected of men; a man of sorrows, and acquainted with grief: and we hid as it were our faces from him; he was despised, and we esteemed him not.

Messiah would be pierced for our sins, He would be scourged, but through His suffering we would be healed.  Jesus was scourged by Roman guards, His hands and feet were pierced, also His side, during the crucifixion, and because of what He suffered for us on the Cross, we are healed and saved from the curse of sin and death, and now have a path back to God and Heaven.

Isaiah 53:5: But He was pierced through for our transgressions, He was crushed for our iniquities; The chastening for our well-being fell upon Him, And by His scourging we are healed.

These are just a few of the Old Testament Prophecies that have already been fulfilled by Jesus!  The Jewish people, aware of these prophecies, were WAITING for their Messiah to COME…and indeed, He did come 2000 years ago. But, the Jewish people missed the time of their visitation and are still waiting for Messiah.  And here’s something else we can be thankful for, Jesus is coming again, a 2nd time!  Jesus will return to earth to set up His Glorious Kingdom. There are also many prophecies about Jesus’ 2nd coming that have yet to be fulfilled!  It is this Blogger’s contention that we are in what the Bible calls “The Last Days” and Jesus’ is coming again soon, sooner than most people think.  We will discuss some of this in later blog posts.

When you settle down to the dinner table, you might want to take a moment and consider how we would feel if we had been Simeon, waiting pretty much all of our lives to see the fulfillment of all of these prophecies.  And here we stand, on “the other side of the Cross”, and we DO see the fulfillment of these prophecies, yet we have even more to look forward to! Eye has not seen, ear has not heard, nor has it even entered into the heart of man the things that God has prepared for those who love Him!