What is the forbidden “tree”? 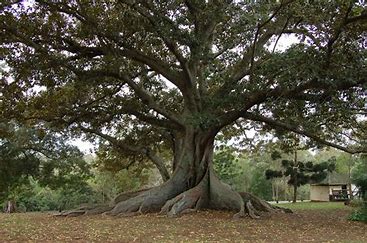 We find the account of the forbidden tree in Genesis 3:2. Here we see God warn Adam and Eve that they would “surely die” if they were to eat from the “forbidden tree”.  The serpent told Eve that eating from the tree would make them wise, that they would be “like God” knowing the difference between good and evil. Eve then describes the fruit from this tree as”good for food”, a “delight to the eyes” and that it was “desirable to make one wise”, she ate from the fruit.  Everything rapidly spiraled downward after this single act of disobedience.

But, what, exactly is the tree?  Obviously it’s not JUST a natural tree.  However, it is interesting that as soon as Adam and Eve “ate” from its fruit, they recognized that they were naked and immediately clothed themselves in Fig Leaves.  Hmmm…Was the forbidden tree a fig tree?  We see the Fig Tree mentioned many times in Scripture.  As we stated in a previous blog, God uses physical concepts to teach us spiritual realities.

The forbidden Tree in the Garden of Eden was most likely NOT JUST an actual tree.  Though SYMBOLIZED by an ACTUAL TREE (probably a fig tree), the fruit of the forbidden tree was the IDEA that we, as human beings, BY OURSELVES, can tell the difference between good and evil!   It’s the idea that we DO NOT NEED our Creator to teach us, tell us, or instruct us in any way.  In-fact, we can take it a step further, and state that we don’t WANT or even REFUSE His help or instruction.   This is open rebellion, and this was the tree from which Adam and Eve (and eventually all mankind) ate.

In the New Testament, Jesus saw the FIG TREE, and He cursed it because it wasn’t bearing any FRUIT, and then it RAPIDLY (within a day) withered and died.  Why did Jesus do that?  Did He hate figs??  No!  He did it because the Fig Tree was a METAPHOR for our rebellion against our Creator.  We’ve stated that we are in a cosmic battle between good and evil. The FIG TREE represented our open rebellion, Jesus FIRST cursed the Fig Tree and then Healed Mankind through His Sacrifice (We’ll detail that in a future post).  Jesus cursed that tree so that EVENTUALLY no man would eat of it again!

“The tree more particularly revered by Buddhists is the Bo-tree, or Tree of Buddha. Often it is used as a symbol of Buddha. It belongs as close to Buddha as the Cross does to Jesus Christ. Legend states that Buddha attained his great ENLIGHTENMENT after six year’s meditation under the Bo-tree. Bo is a contraction of Bodhi, WHICH MEANS WISDOM THROUGH A TREE. Here again we are confronted with THE TREE OF KNOWLEDGE” (Tree Worship, by Charles Alldritt. Strong & Ready Ltd., Auckland. 1965, p. 60).

And what TYPE of tree was the Bo-tree? A book published by the Watchtower Bible & Tract Society of New York answers:

“Deciding that the answer was to be found in his [Buddha’s] own consciousness, he sat in meditation under a PIPAL, OR INDIAN FIG TREE. Resisting attacks and temptations by the DEVIL MARA, he continued steadfast in his meditation…until he supposedly transcended all KNOWLEDGE AND UNDERSTANDING and reached enlightenment” (Mankind’s Search For God, 1990, p. 137).

Here, again, we see the fig tree (symbolic for our open rebellion), that demonic tree that still feeds people today.  I’m sorry if that hurts people’s feelings, but it’s the truth. SADLY, I’m no exception as I, too, have nibbled from this tree many times!   Even those of us who know the truth, still nibble off of its nasty fruit from time to time.  Truth is, ALL PEOPLE have fallen short of the Glory of God.  The devil has deceived THE ENTIRE WORLD!  The only place we can really tell the truth is the Bible, which is the Word of God.  There’s actually a verse in the Bible that states every word is “GOD BREATHED”.  This means that the Bible is the only TRUSTWORTHY book of TRUTH!  If God says something is “wrong” or calls something evil in the Bible, then it is!  We can’t change what is written just because we want it to be different, or even believe that it is different.  See? Depressed yet?  Don’t be…… 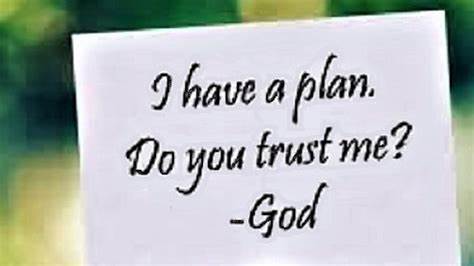 Here’s the GOOD NEWS!!!  Just because we’ve ALL eaten from this tree, are we doomed?  No way!  God’s RESCUE PLAN UNDERSTANDS that we’ve been DECEIVED, and that we can’t help but to nibble at this tree from time to time.  But, God wants us to learn the truth because the truth will set us FREE!

5 Minute Weekly Devotional by Rabbi Schneider: “The choice is yours”